What Should Be Included in an Independent Contractor Agreement?

What Should Be Included in an Independent Contractor Agreement?

Posted by heritagelaw on Nov 1, 2019 in Blog, Commercial Law

Whenever an individual or business is hired to complete a specific task or project on a short-term basis, an independent contractor agreement should always be used to protect the client and the worker.

Independent contractor agreements are written contracts or verbal agreements that specify the terms of the contract, the responsibilities of both parties as well as any additional requirements.

These agreements are also vital in establishing that the hired party is not an employee and that they complete the work as required. They also protect the hired party from being fired from the job if they are producing results that meet the specifications of the contract.

Independent contractor agreements work to ensure that both the contractor and customer are in agreement to all terms of the work required.

There is a vast legal difference between an employee and an independent contractor.

An independent contractor is responsible for their own health benefits, employment insurance, pension plans other costs normally deducted from a paycheck or salary.

They are responsible for accidents and injuries sustained on the job as well as liability insurance.

On the other hand, employees do not have to fund their own health costs, pension payments, workers’ compensation or other similar costs.

They are also protected by common law, federal regulation and employment standard codes.

The Rights and Responsibilities of the Contractor

The hired party, or contractor, is responsible to complete the work as specified in the contract on time. They are also responsible to file and pay taxes on the income earned.

Contractors are not covered under most employment statutes such as being compensated for overtime or disability accommodation.

They are, however, entitled to a workplace free of discrimination and harassment.

The contractor has the right to control how they are doing the job as long as it adheres to the agreed upon results and time-frame.

The Rights and Responsibilities of the Customer

They are also responsible for paying for the work they have received.

What should be included in an independent contractor agreement?

In order to ensure there are no discrepancies or disputes between the client and the hired party, an independent contractor agreement should be as detailed as possible and include:

This section should include not only a detailed description of the project and job to be performed, but also the names of the business and contractor, the work location and the date of the contract.

The agreement should clearly and concisely, in only a few paragraphs, what work will be done and what goods and/or services will be provided.

This section should also outline how the deliverables will be reviewed and approved by the client.

Whether the hired party is paid a fixed rate or an hourly wage, the how and when of payments needs to be included in the contract.

This portion protects the business’s, as well as the client’s, data and information from being shared to third parties.

It also protects the hired party’s intellectual property so that the customer cannot resell or recreate it for profit.

For example, a web designer may not want a client to redistribute their web site design or an artists may want protection from a customer selling prints of their work.

An independent contractor agreement should indicate under what circumstances a termination of the contract is acceptable.

This may include length of notice of termination as well as any penalties if the work is not completed or the hired party is fired.

Most clients and contractors want to avoid the fees for attorneys and court rooms.

Including a dispute resolution clause in the contract can help steer any issues away from court and toward arbitration.

Integration and Choice of Law

An integration clause indicates that even if one section of the agreement is invalid, the rest remains valid and must be honored.

Choice of law specifies the province or state under which the contract is enforced. This is important when it comes to remote work where the hired party may be in one province while the client is in another.

An independent contractor agreement may need additional clauses to address insurance requirements such as coverage for liability and vehicles as well as worker’s compensation for injury.

These additional clauses can also include a nonperformance clause that indicates a penalty if the hired party does not deliver the work in the agreed upon time-frame.

Because an independent contractor agreement is legally binding documentation, it is recommended that the contract be reviewed by a legal professional before anything is signed.

These contracts contain many subtleties and complexities that be difficult and confusing to navigate.

If you are an independent contractor looking to create an agreement with a client, please contact us at Heritage Law today for guidance and advice. 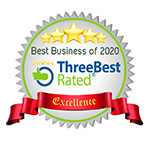